The 12 Days of Christmas

At Wyecliffe we're celebrating the festive seson by showcasing the rich variety of ideas, mediums, colours, textures and ideas of our art works. We start the adventure with 'Twelve Bells Ringing' in the heart of Westminster - with a beautiful (and very festive!) original by Nigel Cooke. 'Approaching Dusk'.

See all 12 Days So Far...
Purchase this work

Did you know Nigel Cooke began his career with the holiday season? As an entertainer for Butlins, his formidable artistic talents were soon spotted and he became resident caricaturist. Following stints at the legendary blackpool pier and Alton Towers, Nigel had completed more than 50,000 caricatures. Naturally, he decided to commit to his craft full time - with drawings of famous stars and characterful faces he observed on the street.

Seeking to provide rich surroundings for his subjects, Nigel began to incorporate ever more detailed backgrounds into his portraiture. Like a magic 'Eureka' moment, his detailed, expressive paint line effortlessly captured the forms and structures of famous buildings the world over. A star was born - Nigel Cooke, leading painter of cityscapes! 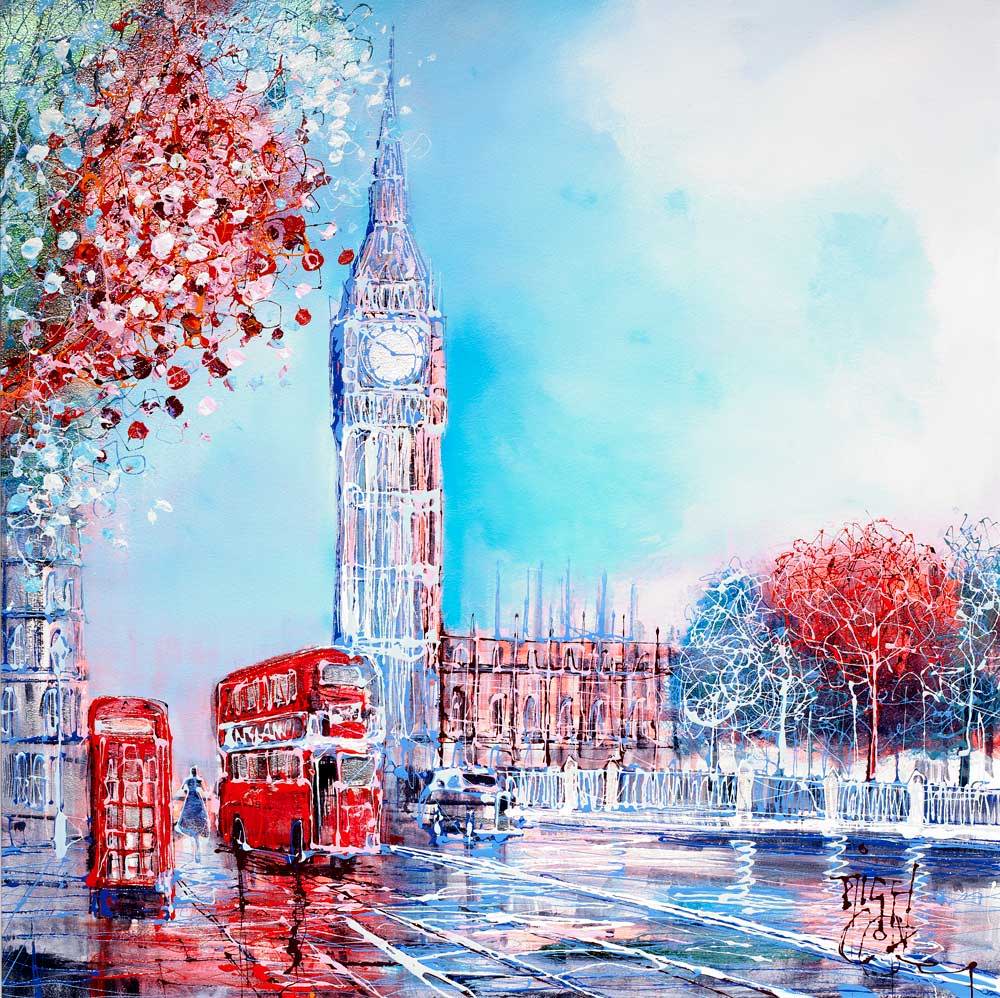 'Approaching Dusk' represents the evolution of Nigel Cooke's cityscape technique: combining his celebrated detail with beautiful, impressionistic washes of colour: evoking reflections, atmospheric haze and dramatic skies. The reduced colour palette - all moody blues and misty whites with the brilliant highlights of scarlet - effortlessly evokes a Christmas winterscpe, with that undefinable crisp chill in the air.

Original art is the perfect gift, complementing all tastes and living spaces.... As well as providing the ultimate Christmas decor!

Get inspired for the festive season with our specially curated 2018 Christmas collection - and follow our blog for the next day of Christmas!