When we look at the beautifully precise geometric panels of artist Scott Bauer, it’s hard to believe in two more unlikely influences: the gulf coast of Florida and its Ringling Museum of Art – with Renaissance and Baroque paintings.

Nevertheless, it is that combination of Old Masters and the tropical climate of the ‘Sunshine State’ that creates an exquisite tension – that juxtaposition of influences that bring these images their riveting power and excitement.

When we look at the beautifully precise geometric panels of artist Scott Bauer, it’s hard to believe in two more unlikely influences: the gulf coast of Florida and its Ringling Museum of Art – with Renaissance and Baroque paintings.

Nevertheless, it is that combination of Old Masters and the tropical climate of the ‘Sunshine State’ that creates an exquisite tension – that juxtaposition of influences that bring these images their riveting power and excitement.

Graduating in Art History and Fine Arts: Scott’s passion and deep understanding of art led him to legendary dealers Sotheby’s where he worked as a specialist for many years. Along with memorable careers as a gallery director and curator; Scott’s passion for art ran deep – and through his rich and varied career he gained the insight and confidence to pursue his ultimate ambition – to become an artist in his own right.

Beginning with portraits and landscapes: Scott’s artistic style began to evolve as his muses and influences took hold – along with a steady diet of inspirational music, from Florence + The Machine to Strauss! Soon, the two concepts that had captured his imagination for years came together like magic… 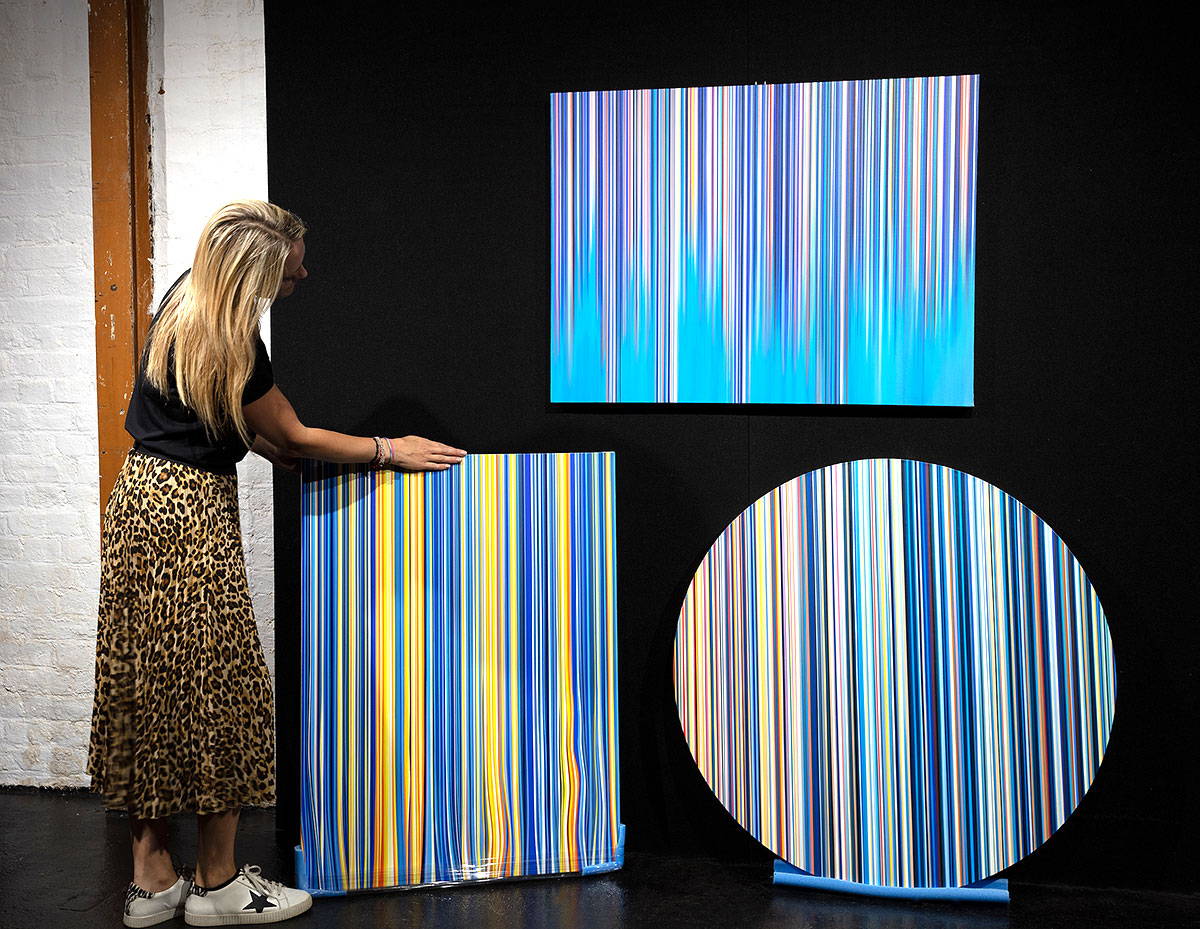 Naturalism is a broad artistic trend; encompassing (among others) the Realism, Plein Air and ultimately Pre-Raphalite and Impressionist movements. Beginning in the 19th century, the form eschewed the formal, stylised imagery of classical antiquity and the Old Masters: instead embracing realistic subjects and atmospheric effects.

At the other end of the spectrum is formalism: the study of purely asthetic compositional elements such as colour, line, shape, texture, and other perceptual aspects rather than content, meaning or social context. This often forms the basis of graphic design, decoration, utilitarianism or certain abstract art movements.

Scott’s remarkable abstract panels form a spectacular reconciliation between the two disciplines: the colour, form and beauty of nature filtered through the prism of formal qualities: pared down to their powerful and bold essential elements. Utterly striking and singular originals for a genuine statement in any space.

"Sometimes the relationship between formalism and naturalism is expressed through the literal fading away of a formal system into a highly saturated colour ground. In other works like Blue Samba, I am playing with a structured system of lines and colour harmonies by making some of the lines undulate as they move down the surface of the canvas. Creating an illusory space where these two aspects of my work can coexist is what excites and challenges me as an artist."

Once these conditions are met: the works are painstakingly recorded in our state-of-the-art database system (including advanced location tracking) and extensively photographed by Lucy and the image processing team. With extensive ‘macro’ detail shots utilising the Canon EOS 5DS camera: these shots not only form the basis for internet and print promotions: but form a visual record of the work at ultra-high resolution.

Finally; the works that aren’t immediately selected for the gallery walls (or better still, immediately dispatched to a lucky collector) are archived in our temperature controlled ‘vault’. Stored upright, fully surrounded in custom high-impact expanded rubber: the securely stored paintings are routinely checked and rotated onto gallery displays to ensure they remain in mint condition. 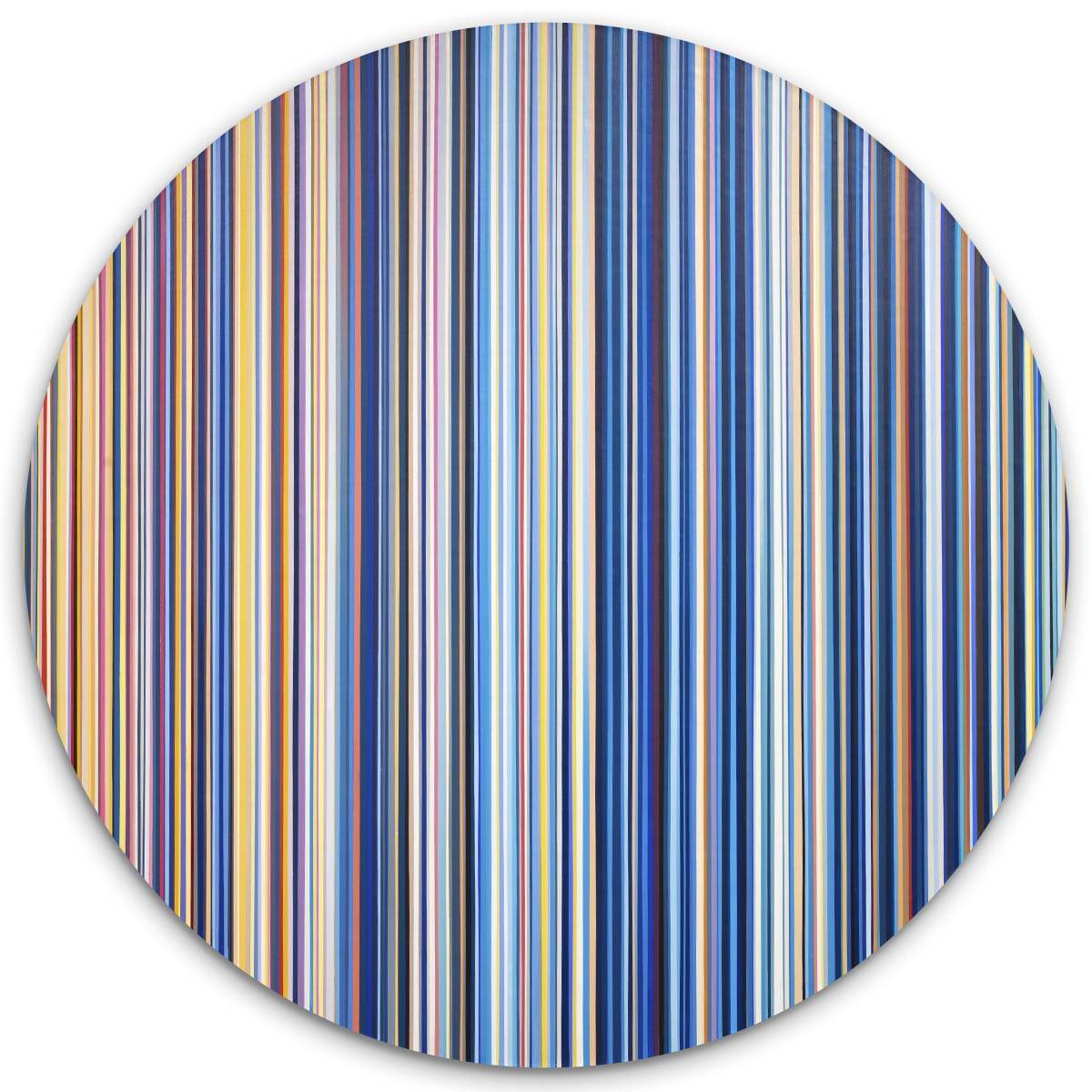